Classic Motor Courts are Back in Style 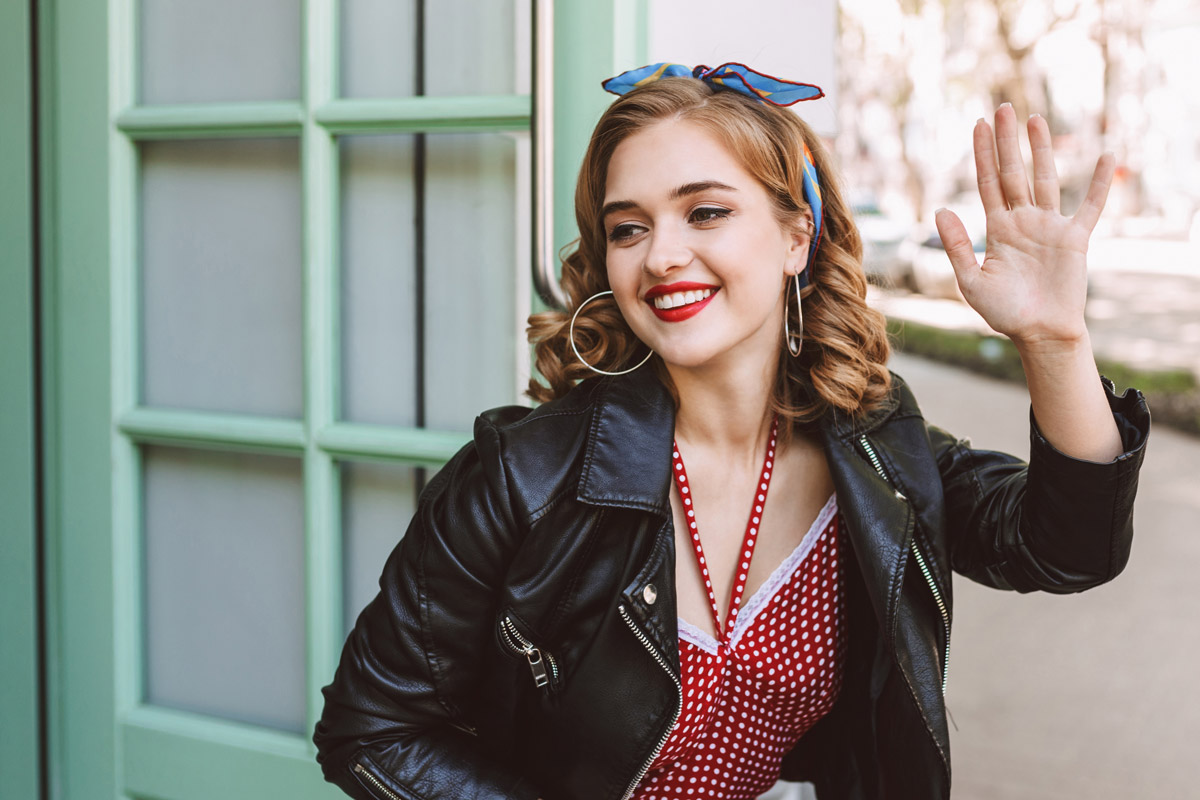 The Sapphire Motel in Bozeman Montana is a classic motor hotel with a central courtyard and front door parking. This style of lodging has a long and interesting history that really starts with the mass production of gas powered cars.

Vehicle ownership across America surged after the introduction of the Ford Model T in 1908. By 1930 around 23 million vehicles were registered in the United States. As more families were able to acquire cars of their own, they could now spend their leisure time participating in a new American past time, road tripping!

The problem with touring the country by car at this time was that there just weren’t the lodgings to accommodate large quantities of tourists in most towns, so many early travelers ended up camping along the roadways. Campgrounds and lodges with rows of small cabins or shacks popped up along popular Highways to provide weary travelers with a place to sleep.

This emerging travel industry, saw a major slow down during the early 1940’s due to World War II. With the rationing of so many products, everything from tires and gasoline to building materials were in short supply. In the lodging world, building efficient structures with single foundations, connected infrastructure and rows of simple rooms became the new norm. As the demand for lodging increased again after the war, enterprising small businesses sprang up using this efficiency model.

These lodgings were usually neat rows of rooms configured in a C or horse shoe shape with a landscaped central courtyard. In the beginning they offered basic amenities and utilities, and were often adjacent to a gas station or a small diner, for convenience. In time, this traveler friendly design was replicated by small mom and pop operations in towns across the country. With the prosperity of a post war economy, the travel industry grew, and the available lodging improved.

After the war, several hospitality chains saw an opportunity to capitalize on the popular roadside tourism trend, and they began to build larger versions of these classic accommodations. The motor court  design was widely popularized in the 1940’s and spread across much of the country during the post war expansion of the 1950’s.

The Sapphire Motel was originally built in 1942, in what’s come to be known as a Mid-Century Modern style. With the recent emphasis on minimal design and clean lines, this style has grown in popularity in the last decade. Restoration of period furniture and preservation of the era’s architecture is helping to revive this classic style, and thus preserve some of these historic motor court hotels.

With a plethora of travel restrictions across much of the world, more people than ever are choosing to take a classic American road trip this summer. The Sapphire Motel welcomes you to rediscover one of the classic motel experiences that still thrives in towns across the country today! Come on out and stay at our classic motor court hotel (mo-tel). 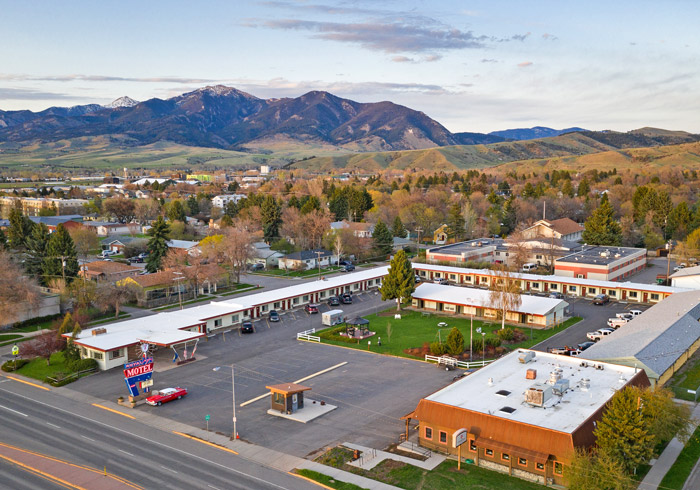 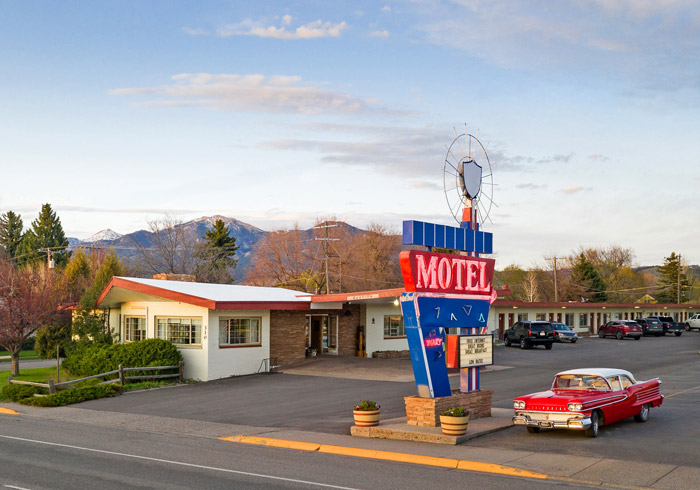 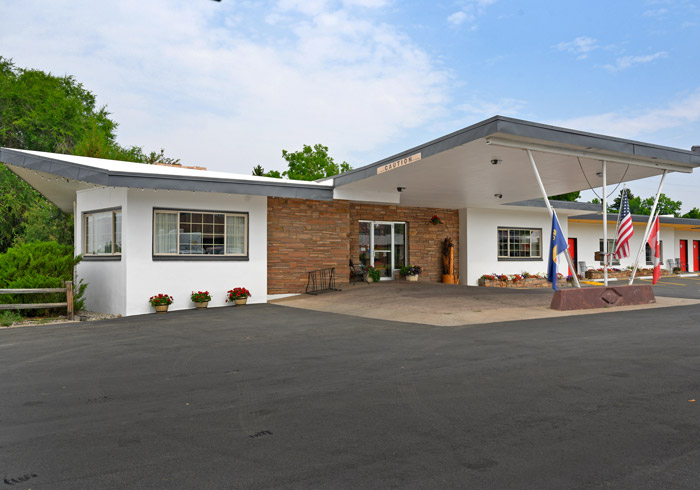 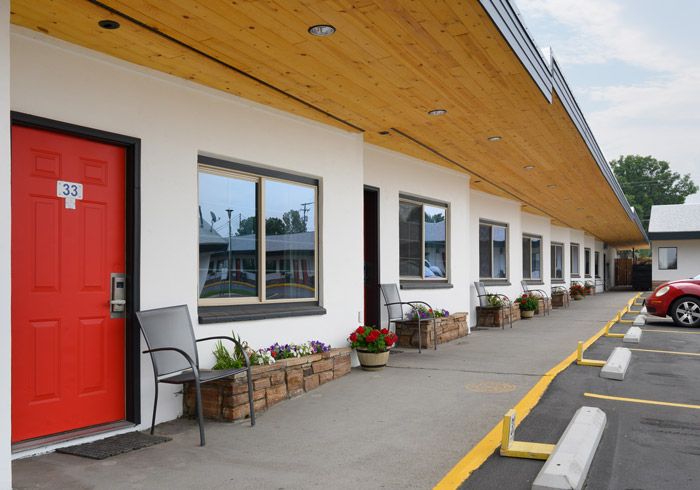 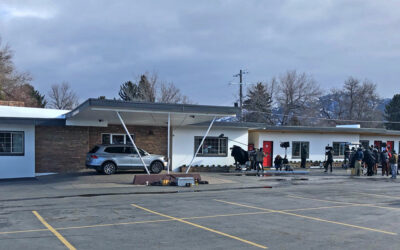 Have you ever dreamed of being in a film? For the Sapphire Motel that dream just came true! We were one of the filming locations for the recently released ‘Shattered' movie, starring John Malkovich, Frank Grillo, Cameron Monaghan, and Lilly Krug. The film was written... 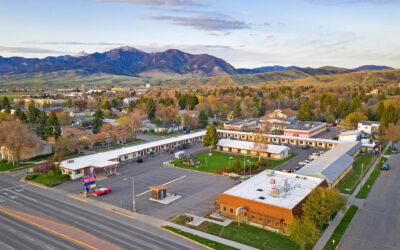 Right in the heart of Bozeman Montana is a classic motor court style hotel. This little gem of a lodging is family owned and operated, and has recently transitioned to a new generation of owners. Brothers, Shiloh and Jacob Klatt, were raised in Southwest Montana and...

The Sapphire Motel of Bozeman