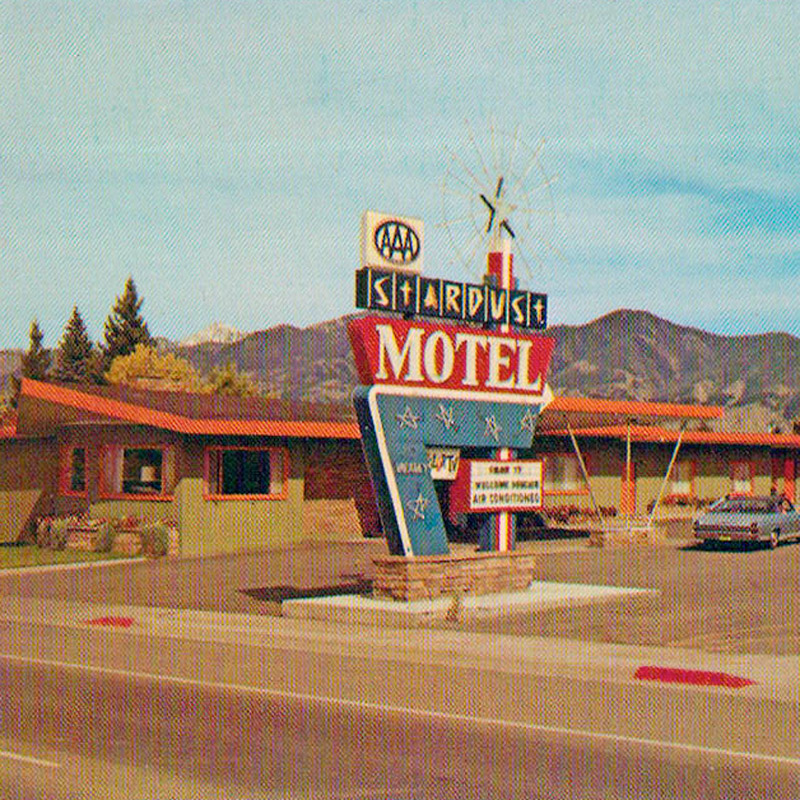 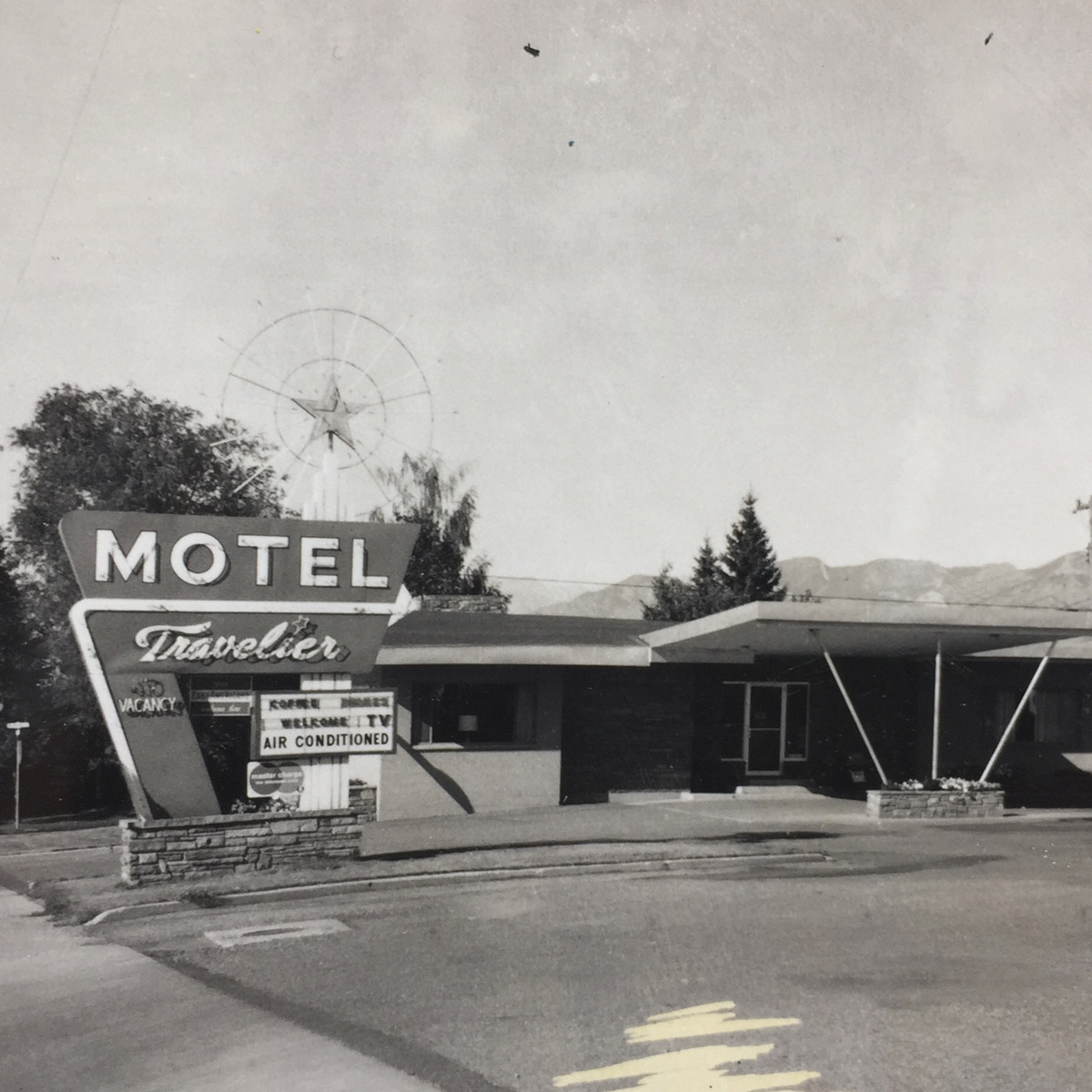 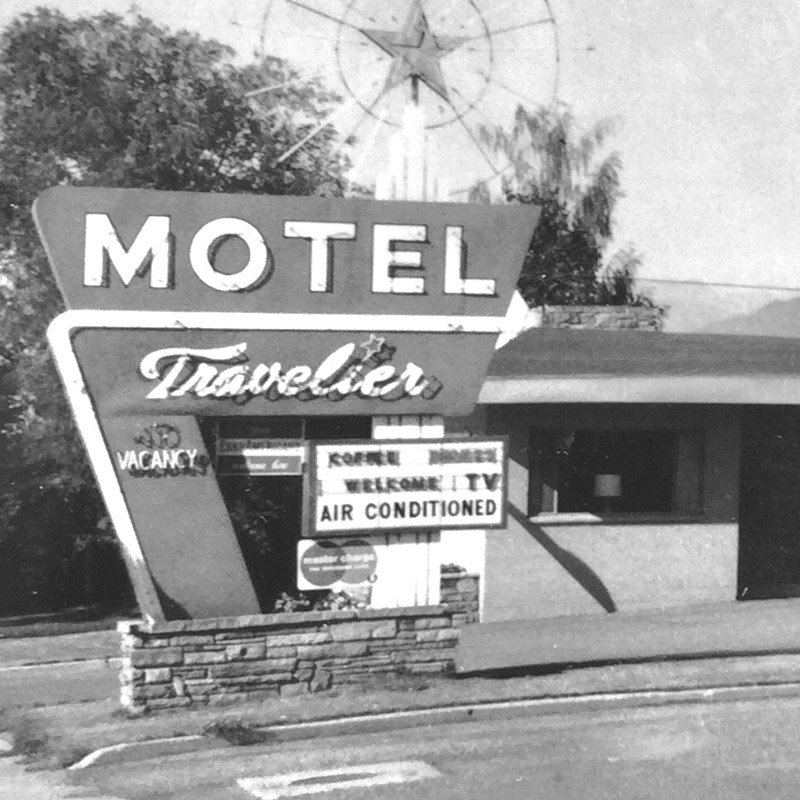 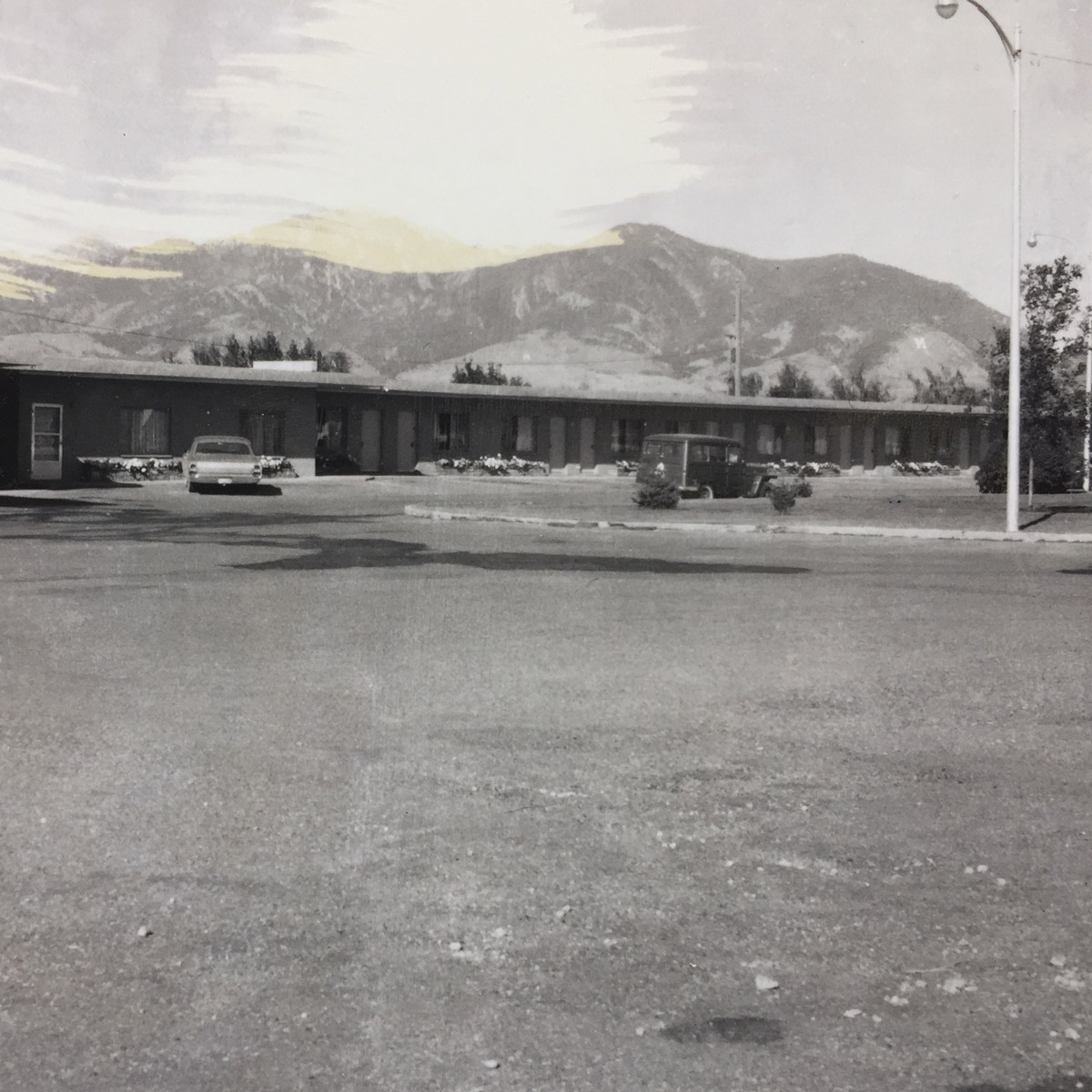 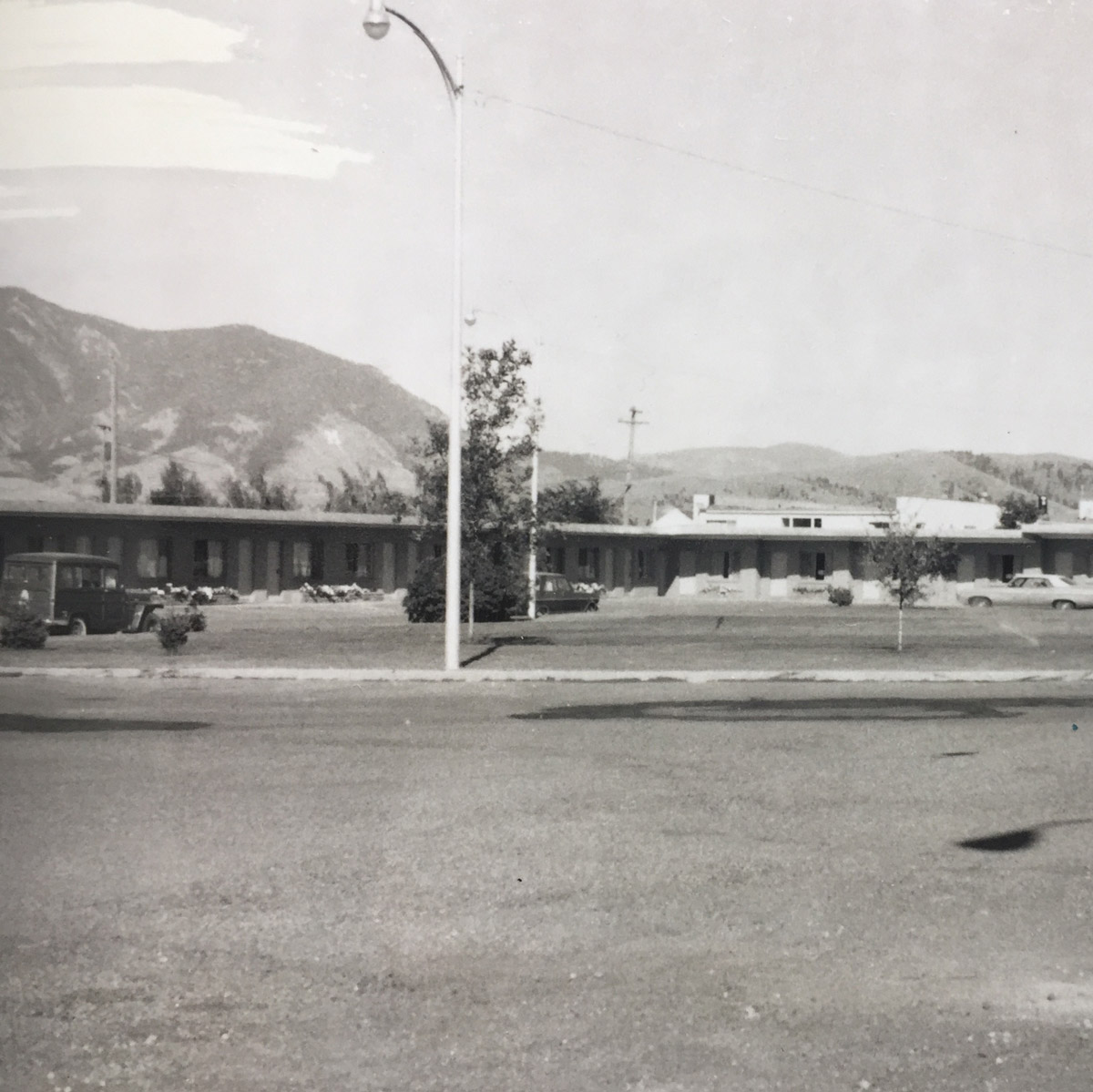 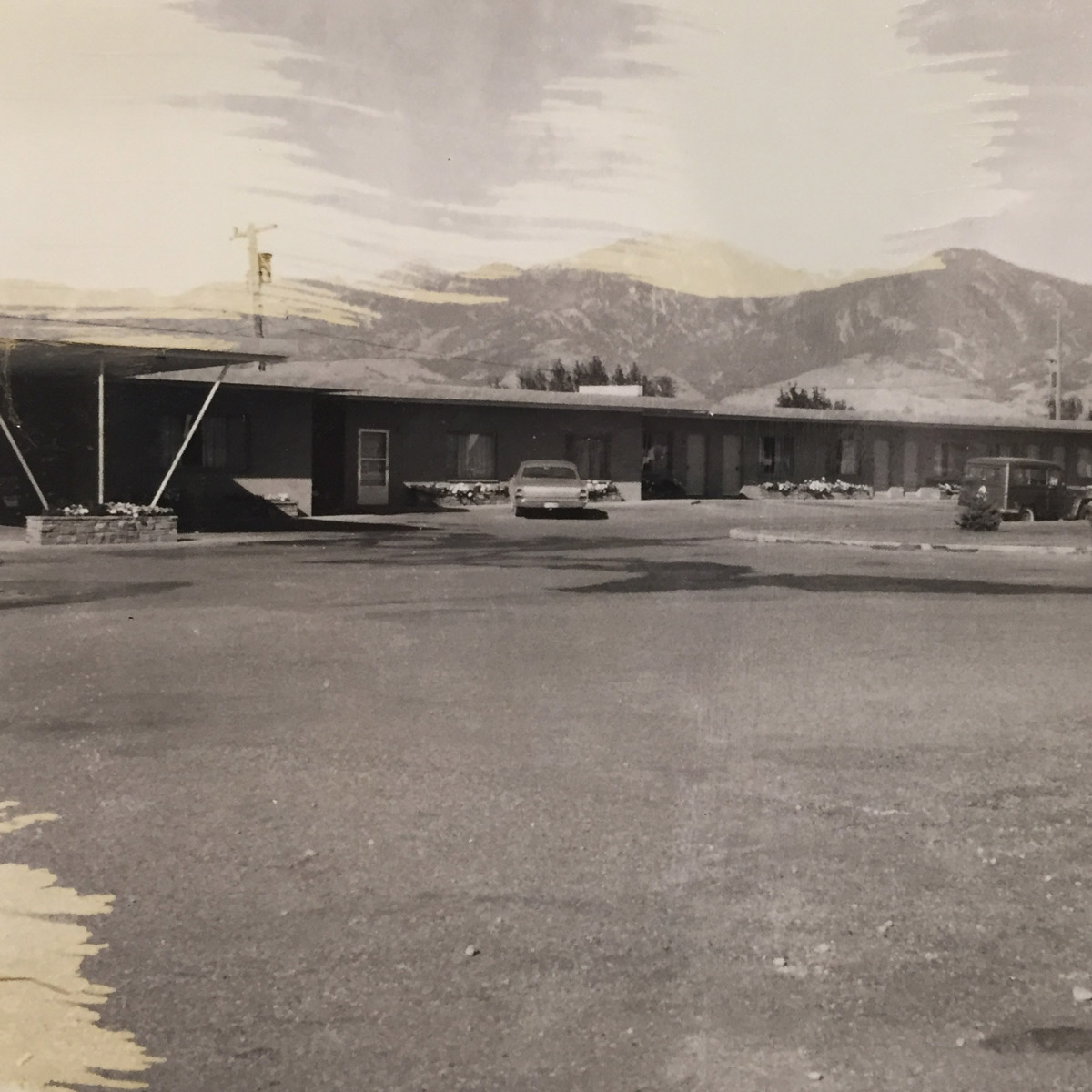 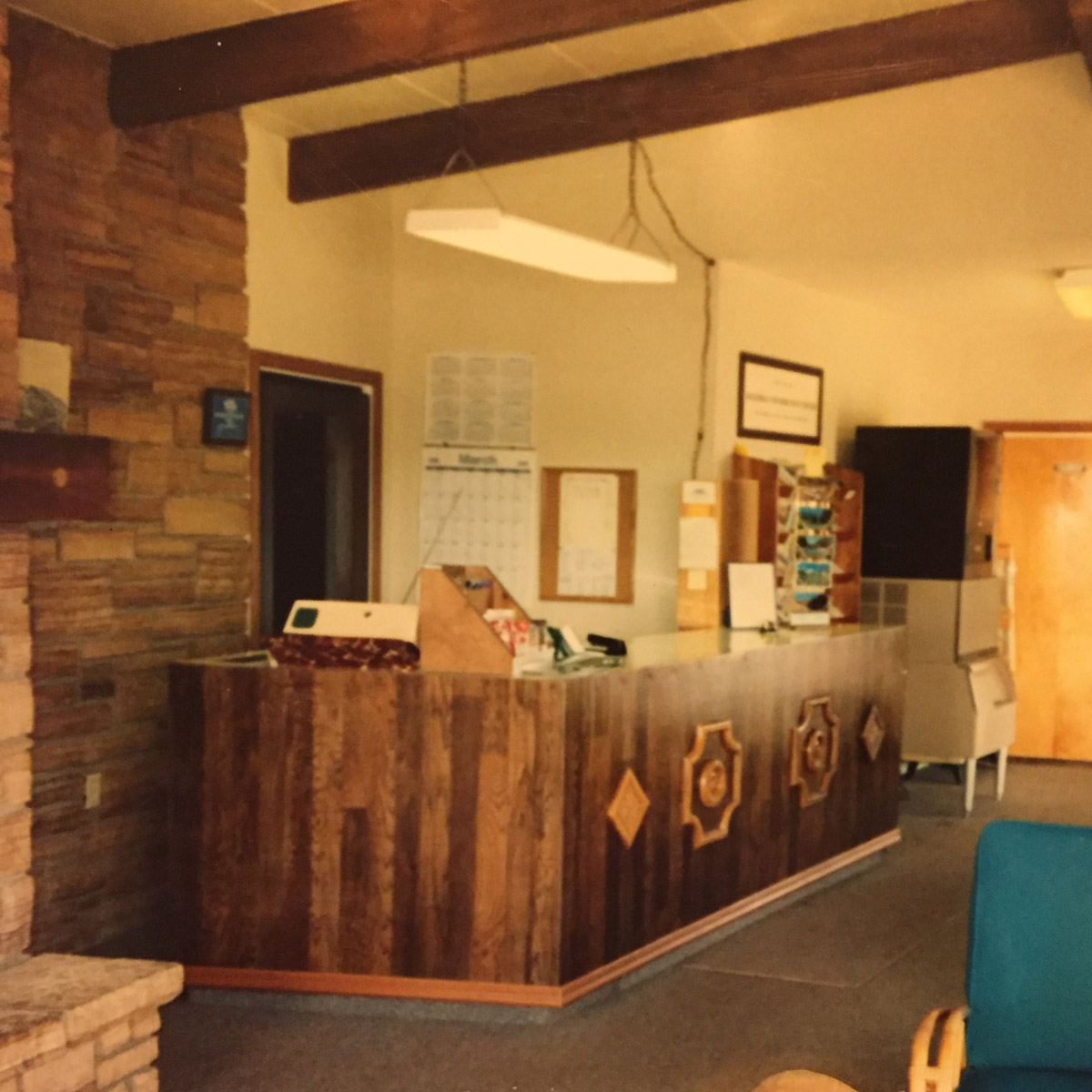 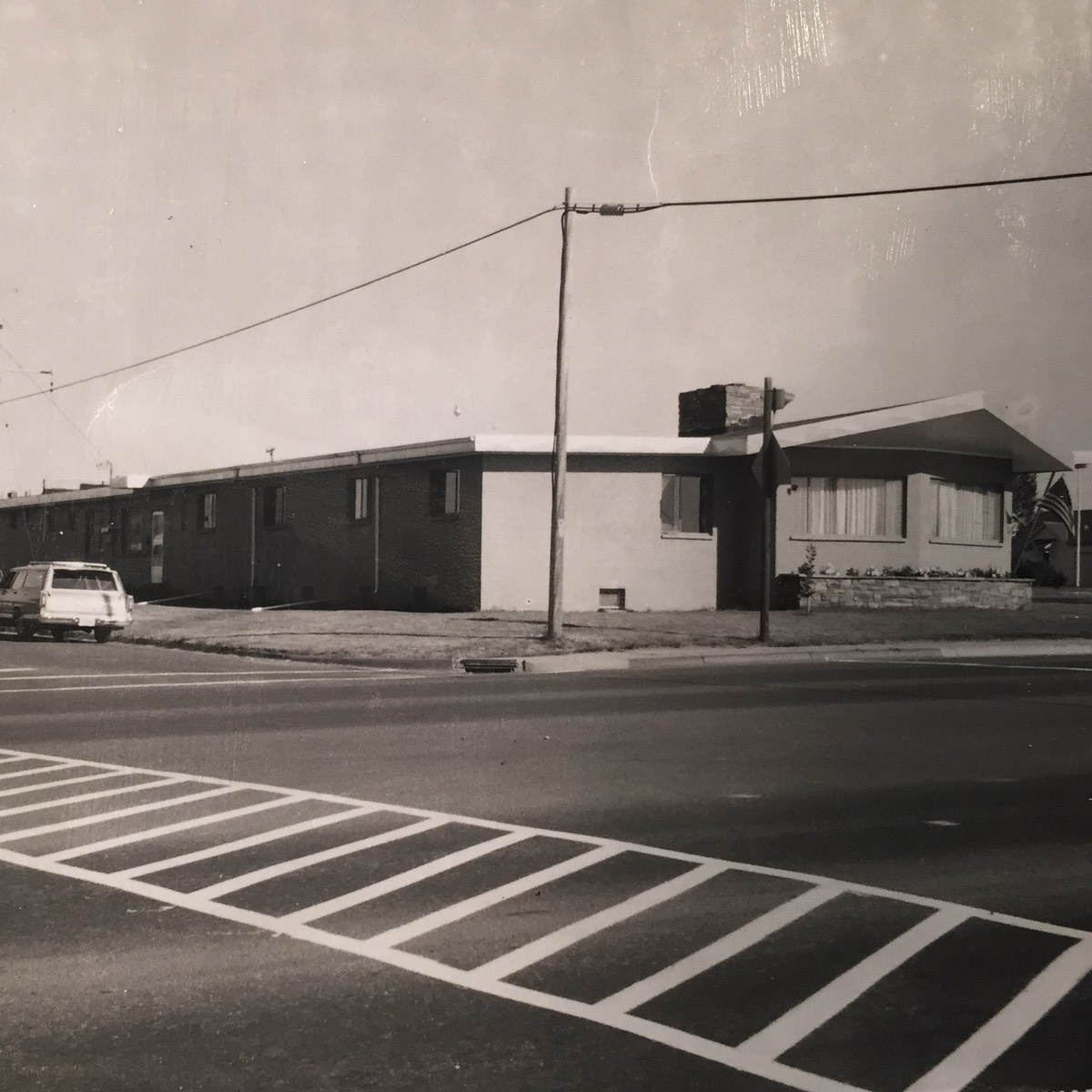 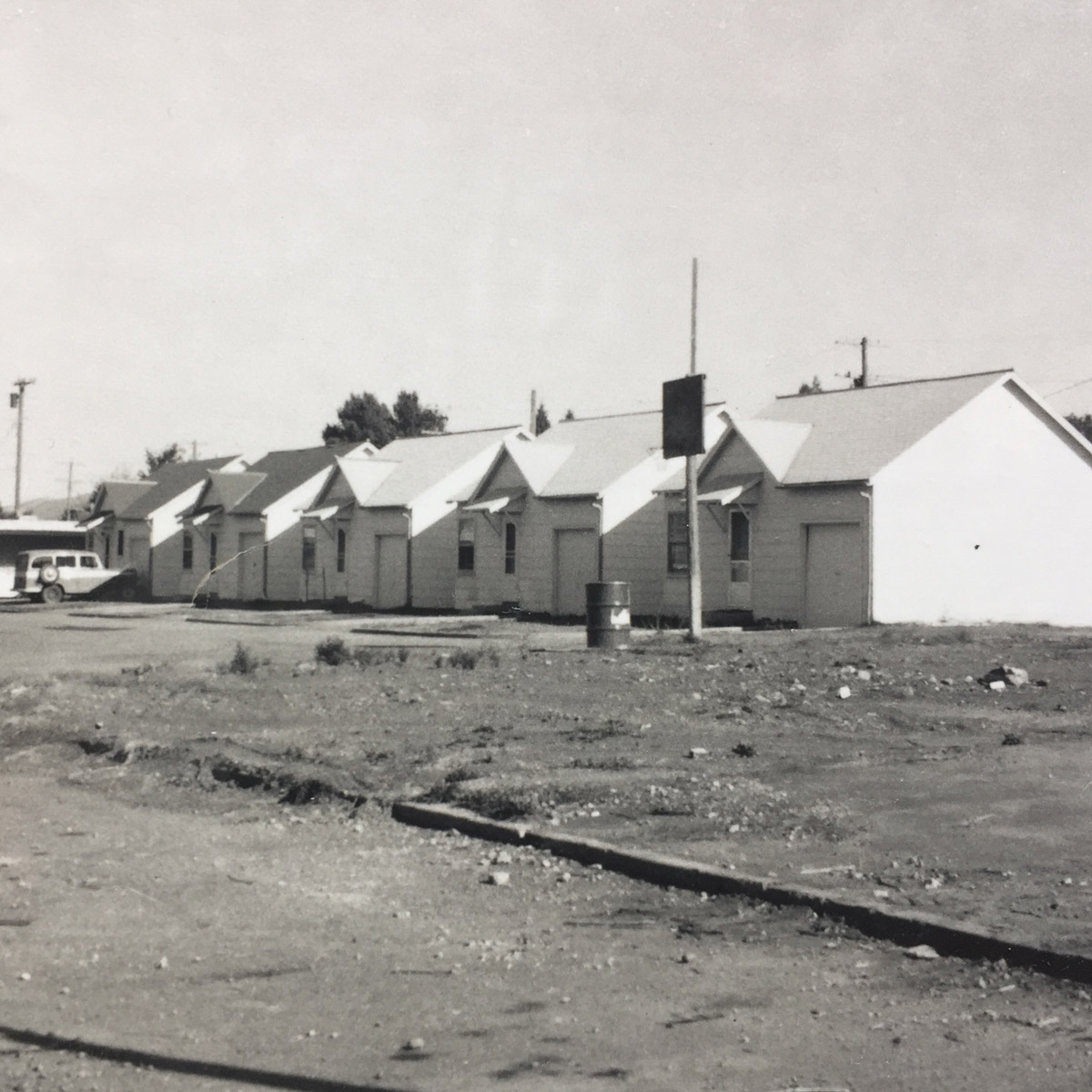 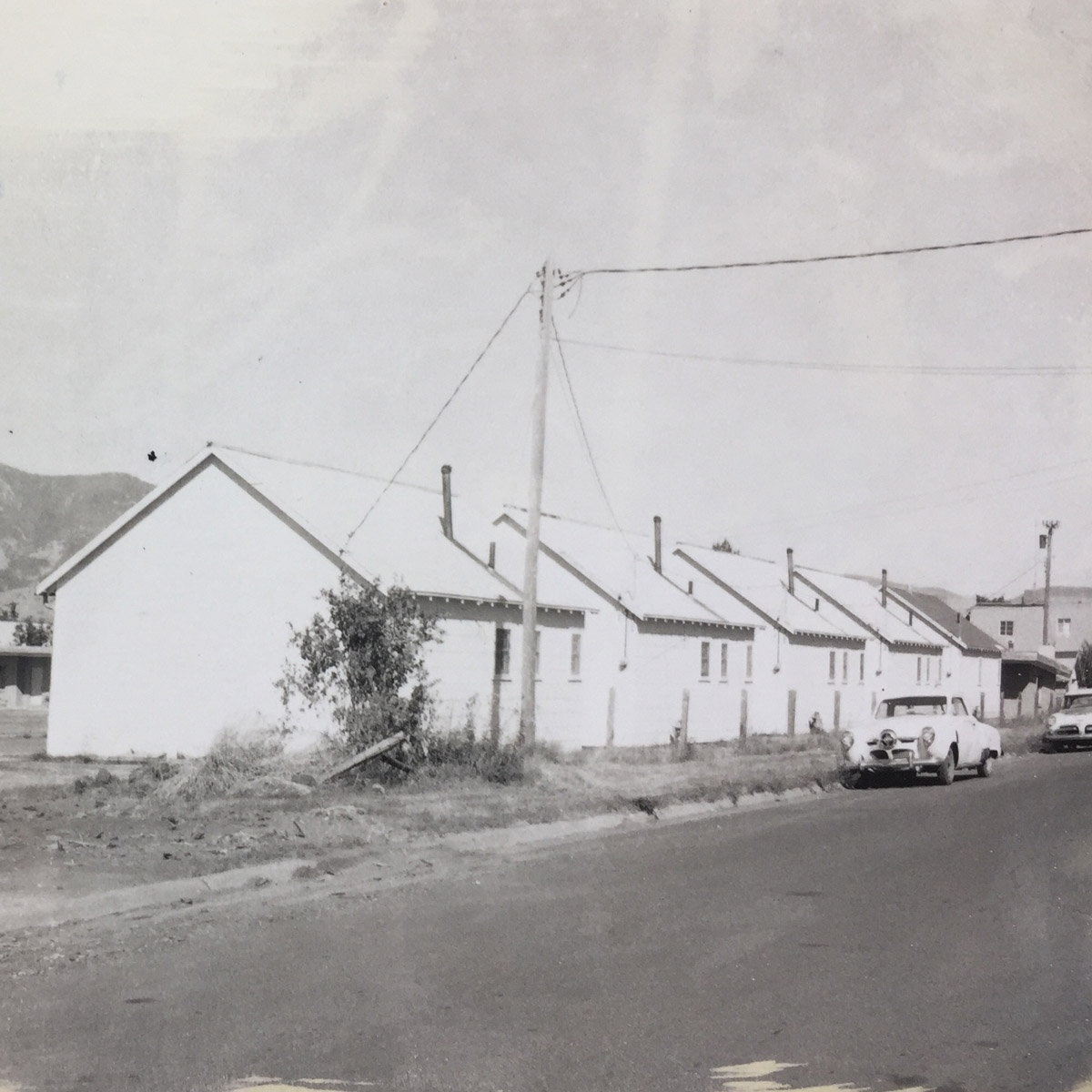 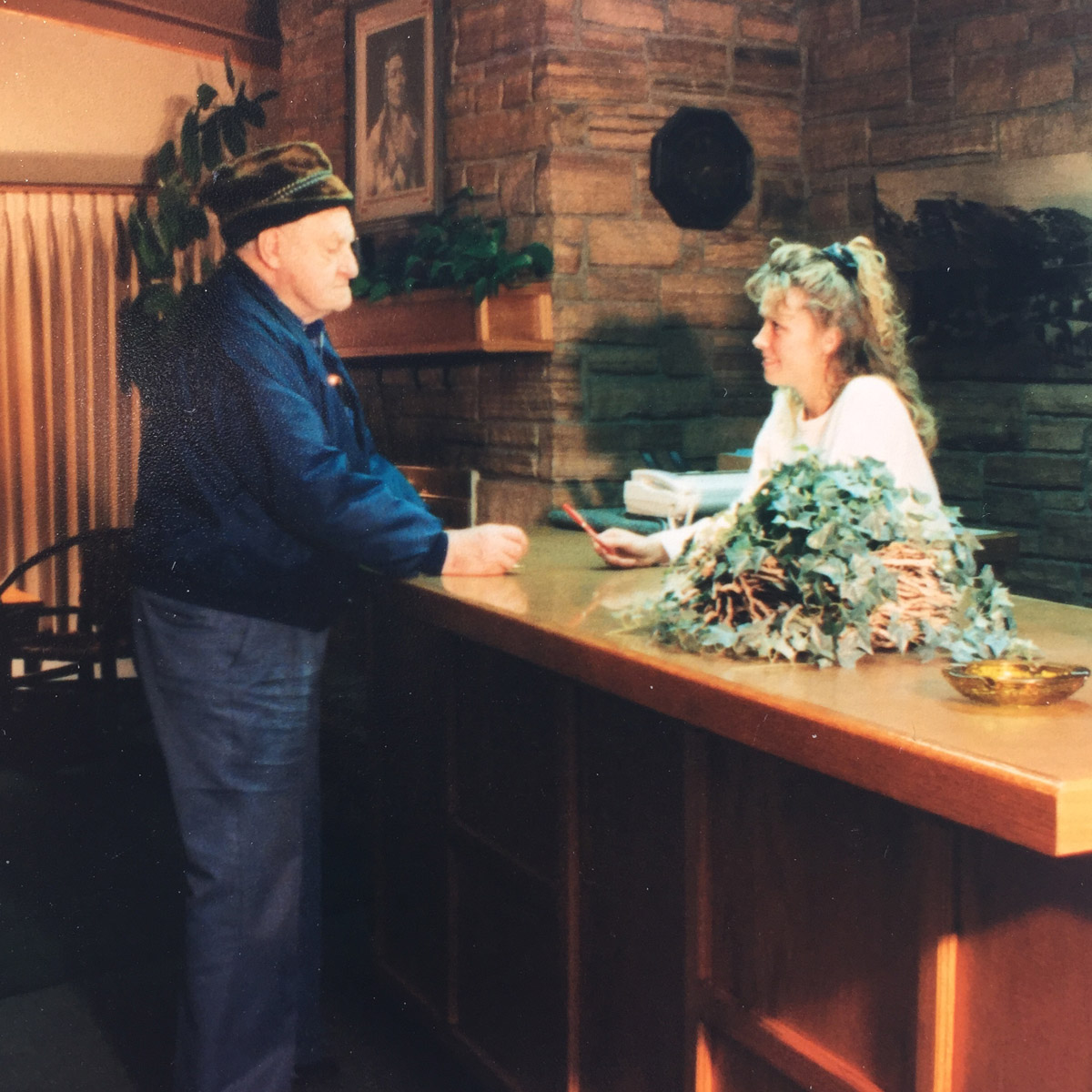 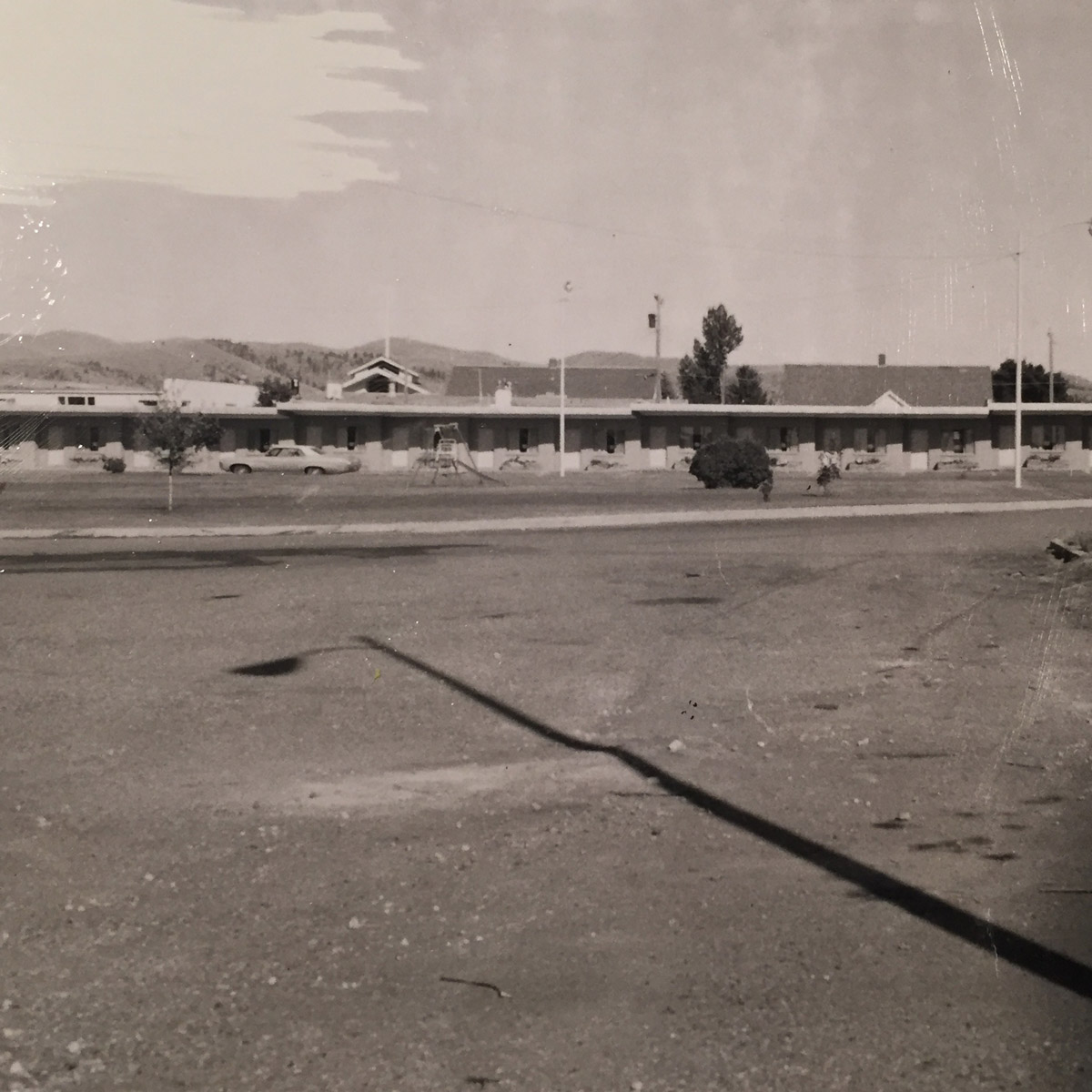 Click through to see historic images of the Sapphire Motel.

1940 – First named the Glen Motel under original owners the Nunnellys, the motel opened as a small 4 cabin “tourist court.”

1955 – The motel became the Travelier Motel, under new owners the Jacksons.

1969 – 1972 – The motel became the Stardust Motel and began operating under our family’s ownership.

2021 – We became the Sapphire Motel and a new generation of our family works to restore and revitalize the historic motel!

“After several generations, we feel very fortunate to still be here and we are proud to carry on America’s tradition of the old style motor inn motel.“

The Sapphire Motel has been a landmark in Bozeman since the 1940s. The Motel began it’s life as a simple “tourist court” with 4 cabins. It soon grew into a full 31 unit motor court hotel. The motel was constructed in the popular mid-century modern style and was advertised as a “modern stopping place for travelers” during this era. The motor court style hotel was popularized throughout the US during the 1940’s and 1950’s. These iconic motels were built to accommodate a new American past time, road tripping!

Our Motel was built as a small family operation to accommodate motorists traveling through Montana. While maintaining it’s classic design, the motel continued to grow over the years and now has 47 guest rooms. Today we fill both the role of travel motel as well as being an affordable and convenient option for a wide variety of local travelers. We host business clients for long and short term stays, sports fans visiting to cheer on local teams, and visitors from neighboring communities looking to enjoy all Bozeman has to offer. Check Out Our Amenities

Find us in Bozeman